What is Performance Max?

Performance Max (also known as Pmax) campaigns are a combination of different existing campaign types in Google Ads: Local, Discovery, Display, Search and Video. It is essentially a goal-based campaign, where advertisers identify a campaign goal. In turn, Google will automatically optimize and serve ads to the best audience it finds, trying to fulfill this goal.

Advertisers around the world (DotControl included) are quite suspicious around this new campaign type since it fully relies on Google’s algorithm and AI technology. Next to that, advertisers have minimal control. In other Google Ads campaign types, it is possible to tweak and optimize the ideal audience, keywords, ad copy, ad format and placements. With Pmax, it is only possible to input a goal and the ad copy, Google will do the rest for you. In fact, Google will serve ads in every single Google channel – YouTube, Search, Shopping, Display network and Discovery feed. Ads are suddenly eligible to be shown everywhere and anywhere, in all kinds of different formats!

At first you might say this is great, it makes everyone’s lives simpler. But there have been quite some instances in the past where Google’s algorithm didn’t match up with the business goal or didn’t even understand what the scope of the business was. For example, an organization selling dog food advertised on keywords such as “buy puppy food.” When looking at recommendations from the Google algorithm, it was suggested to add keywords such as “buy puppies.” However, this organization doesn’t sell puppies at all – selling puppies is not the same as selling puppy food. These types of cases have caused advertisers to question the algorithm. As such, the SEA specialist likes to keep control. Despite these cases, Pmax has now been launched, a campaign type that fully relies on this algorithm!

While much discussion has ensued about Pmax campaigns, it is still set to become an important campaign type in Google Ads. In fact, as of this month (September 2022), Google will have automatically converted all existing smart shopping and local campaigns to Performance Max campaigns. There is no choice in the matter. Smart shopping and local campaigns have been discontinued all together. For many advertisers this has quite an impact since they have been very reliant on the two, especially smart shopping for e-commerce organizations.

Because there is no say in the matter, we advertisers have been testing out with Performance Max campaigns in the past few months, trying to figure out what works well and how we can continue to make the most impact for our clients in Google Ads using this new campaign type. We have generated a list of pros and cons so far.

It is quite clear; we are going to have to work with Performance Max campaigns. Instead of combatting this campaign type, we need to find out the most optimal way to work with it so that we can keep on generating positive results for our clients. While testing with Pmax campaigns, we discovered the following pros and cons.

We, and many other advertisers, have been testing with Pmax campaigns. Sometimes it generates amazing results and sometimes it doesn’t. We should keep in mind that Pmax is still very new. Even Google is continually releasing new features. However, the time has come to embrace this new campaign type. After all, you won’t be able to use your smart shopping and/or local campaigns anymore after this month.

We can understand that this topic is very complex and specific. It’s new to all advertisers around the world which means we are all learning step-by-step. Do you want to test with Pmax campaigns or brainstorm how to get the most out of your Google Ads account? We are happy to help!

Server-side tracking – What, when, and how? 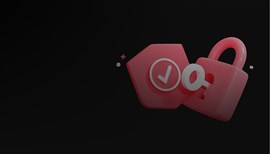 Performance Max has arrived… what now? 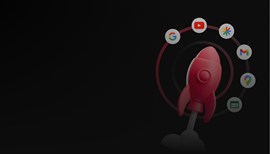 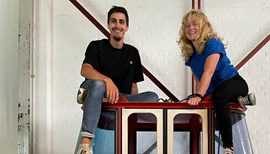 By fusing our diverse league of digital heroes - from growth marketeers and technicians to data engineers and motion designers - we are creating teams that can meet any challenge. Together we combine data, creativity and tech to develop services, business models, platforms and campaigns that contribute to a more positive world.
Thanks! Stay on Rockboost for now
Visit DotControl for more info