Companies currently use social media primarily as a means of building relationships with users. Where a channel is a place for finding inspiration, like Instagram, for example, social will increasingly play a role in the customer journey as a conversion channel. Thanks to the possible in-app conversions (and AR Commerce Ads), users are just 'one swipe away' from purchasing that cool sofa.

Making full use of content in feeds will increasingly shift to content in the form of stories. With the advent of stories, there is more room for 'snackable content' that entertains independently and undirected and together tells a transparent and authentic story.

The beaten paths are now well-known, nevertheless, the creative potential to run branded content on social platforms hasn’t yet been fully utilized. More and more, companies are experimenting with creating extraordinary or noteworthy content. A good example of this is the 'Insta Novels' from the New York Public Library.

Going down or yet another comeback?

It goes without saying that the Facebook scandal and subsequent drop in the number of active users have affected the spending on marketing budgets. Nevertheless, Facebook’s strategic acquisitions mean it has still retained the bulk of internet users, and risk is spread across the various brands. Companies and consumers aren’t going to lose interest in Facebook just like that

What’s more, the human need to stay in touch with one another isn’t going to go away. How that need is met, however, will be subject to constant change. It’s up to social media platforms like Facebook to keep evolving with those changes, without losing sight of norms and values (such as privacy).

What do you think will be the most popular filter on Snapchat this year?

Take a peek in your crystal ball

Is there going to be another, completely new social hype in 2019? And if so, where can we expect it to come from?

Sure. The manner of online communication is gradually changing. And voice is going to play an increasingly important role in that.

Making your marketing strategy dependent on influencers and sponsored content: thanks to the massive and excessive use of influencers, the magic has gone and brands are more likely to be seen as ‘blatant’ than genuine or open.

Are we really an inclusive workplace? 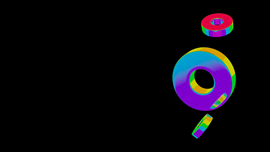 Google’s Core Web Vitals Update: Everything you need to know 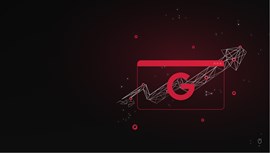